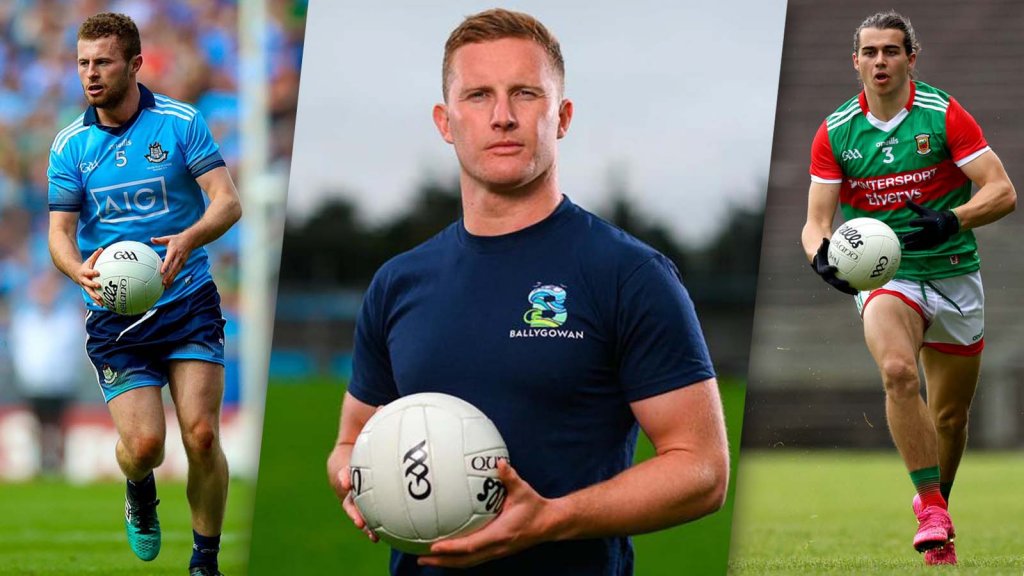 Think about a mixture of soccer and rugby in one game, and you will find only one answer: Gaelic football and GAA football positions. Regarded as one of the most popular sports in Ireland, Gaelic football is an energetic sport played with a round leather ball, smaller and heavier than a regular soccer ball, against Rugby style H-shaped goalposts.

The GAA Positions You Should Know Of

How to Play Gaelic Football

The game is played between two teams consisting of 15 hurling positions on a rectangular grass pitch. Its objective is simple: kick or punch the ball into the opponent’s goal post or over the crossbar to score 3 points.

The players in all hurling positions try to achieve this by carrying, kicking, hand-passing, bouncing, dribbling, and doing every other trick in the book.

Gaelic football positions consist of one goalkeeper, six backs, two midfielders, six forwards, and several substitutes. These positions come with several rules and exceptions that can greatly impact the gameplay and outcome of a Gaelic football match.

In this article, find out everything you need about GAA football positions and other essential information about Gaelic football.

Emerald Isle Roots: The Game and Its Popularity

This version of football is traditional to the Emerald Isle, and is played at both club and county levels in the jurisdiction. The biggest event in the sport is the inter-county championships, where teams from the 32 counties of Ireland compete for a slot in the All Ireland Finals.

The All Ireland Finals are held each September at Croke Park, Ireland’s biggest stadium. Every final match usually experiences a high number of turn-ups.

Sometimes, the occupied seats run up to 80,000, with people cheering, booing, and hoping passionately that their favourite team will win the title.

The game maintains its popularity to this day

The goalkeeper in a Gaelic football team performs similar roles to the goalkeepers of other sports: they stay in goal and ensure the ball doesn’t get in. He is also responsible for kicking or pucking the ball out to the midfielders or outfield players.

In modern Gaelic football, a goalkeeper is expected to be an agile, all-round player. He must likewise be brave and communicate excellently to the players in all the other GAA positions.

A goalkeeper is the only player allowed to touch a grounded ball with his hands inside his penalty area. Players in other hurling positions are not allowed to physically challenge him inside his parallelogram. However, they can taunt or harass him into making a mistake like a bad pass.

While a goalkeeper is allowed to go anywhere on the field, once he is out of the penalty area, he becomes subject to the same rules as other players, and loses his specific “goalkeeper protection rules” until he goes back inside the penalty area.

Dublin GAA legend Stephen Cluxton is the perfect example of a goalkeeper who extolled most of the positive qualities of a great Gaelic goalie.

Despite choosing one of the most difficult hurling positions, Stephen managed to earn:

Close to the end of his career, Stephen won his eighth All-Ireland senior title as Dublin defeated Mayo in 2020 at the All-Ireland final.

The right and left corner back’s main objective is to defend their turf against opposing attackers, particularly the most threatening corner forward.

These GAA positions are located around the 20-meter line.

Requirements for those who wish to become cornerbacks

Because of their responsibilities, cornerbacks are expected to have upper body strength and be quick over short bursts.

A good cornerback should be able to delay or stop the opposing forward and dispossess the ball.

These renowned players have popularized such hurling positions.

The full-back has a very important role in Gaelic or hurling positions. His primary aim is to defend the goal against attackers.

He is also the key defender or physical presence in front of goals and is responsible for organizing the defence. Like the cornerbacks, the full-backs often play around the 20-meter line.

The skills required for this position

It is no wonder most full-backs are often tall.

A full-back is sometimes expected to attack from the deep, depending on the team’s strategy or style.

Full-backs Who Made History

While there are successful Irish representatives for all hurling positions existent in Gaelic football, these are the two of the most renowned full-backs.

Both are highly popular and efficient full-backs, and their presence during games often determines fans to place bets via new online casinos providing sports betting.

Right and Left Half Backs

This is because professionals in these GAA positions cover the area between the 46-meter line and the midfield.

The team relies a lot on them

Sometimes in inter-county matches, wing-backs are expected to cover more than 10km and run as far as 200km in sprint distances.

The players’ roles in these hurling positions include stopping the opposition’s half-forward line from advancing into their corner.

They are also expected to start attacks and make runs or passes to the half-forward and forward players.

A good half-back should

These are just some of the modern-day professionals in such GAA positions who fit this bill. After winning an All-Star award in 2014, Paul is currently the Captain of the Kerry senior inter-county team.

The Center Half Back

The objective of the centre-back is to hold the back line together and help the midfield. To be exceptional in this position, a center-back needs:

Center backs are expected to stop the start of an opponent’s attack before it breaches the middle channel.

The centre half-back can also play as a third midfielder in some instances.

Despite being one of the most complex hurling positions, these players achieved greatness playing it. Without exception, they have been named great traditional-style center-backs.

In every ball sport, the midfielder is always the engine and most integral part of all the Gaelic football positions. Much relies on them to fulfill the team’s strategy.

They act as the main bridge between the attacking and defending team sections. As such, they are required to win kickoffs and link balls from either team’s goalkeeper. They also perform defending and scoring GAA positions.

What it takes to be a midfield

If the opposing goalkeeper is making a shoot-out, the midfielder is responsible for getting to the ball first before the opposing team and coasting it forward to the attackers. This position is highly important and thus requires individuals with height, speed, good kicks, and endurance.

Midfield Players That May Surprise You

These are just some top-rated midfielders to ever play Gaelic football include. Surprisingly, you may find that some played in other GAA positions as well.

Right and Left Half Forwards

The right and left half forwards or wing-forward GAA football positions are responsible for starting attacks and shooting the ball to the full-forward line.

When the opportunities arise, players in these GAA football positions have the free rein to take shots on goal or above the bar.

This is arguably considered the toughest out of all Gaelic football positions to play on the field due to the work rate involved.

A good wing forward is expected to take on the defensive work of a wing-back and the attacking role of a corner forward or midfielder.

Patience and endurance are most required here as athletes in the half-forward hurling positions may cover ground several times without playing much ball.

Top Players in These Hurling Positions

The above rugby players in such GAA positions have impressive track records. While being a right/left half-forward is highly demanding, Kevin McLoughlin achieved the performance of playing for two teams, respectively the Mayo county team and Knockmore.

Like the half-forward, a centre half-forward is responsible for building up attacks and sending the ball to the full-forward line of GAA football positions.

They are also expected to take shots on goal and score when they see a chance.

Due to the difficulty of this position, centre-half forwards who aim for excellence tend to have short careers. A suggestive example of such a player is Dermott Brereton.

All three of them are young and active players, with the latter being the Captain of the Galway senior football team.

The main objective of the right-corner forward is to score goals and accumulate points for their team.

The right corner-forward operates with the other full-forward line around the opposition’s 21-meter line. They try to bypass the opposing teams’ right and left cornerbacks and score a goal.

Most right-corner forwards are left-footed players.

The Full Forward Gaelic football positions, including the left corner-forward, only have one primary responsibility: to score goals in cooperation with their colleagues in other GAA positions.

Sometimes their attempts to score goals can also generate points for the team. Most full forwards often act as the free takers of their team and are generally challenged by the opposing team’s full-back. This role requires skill, strength, and concentration.

A full forward must also be very patient and alert since it might take some time before they possess the ball.

They are a few top Irish athletes in these hurling positions. Considering the requirements of all the other GAA positions, you may conclude that these are two of the most difficult ones.

As casinos providing sports betting services have gained popularity due to the fans’ growing interest in rugby, many of them have developed both iPhone and Android casino apps for quicker access.

Now we believe next time you watch a Gaelic football game, you will be able to understand all GAA football positions and why they play using a specific format.

You can even be an analyst and see if the players assigned the mentioned Gaelic football positions are fulfilling the dictates of their roles. This way, you will enjoy watching and participating in the game better.

Are you a connoisseur?

Share your thoughts or experience with Gaelic football! We’re always interested in learning from our readers, so don’t hesitate to leave a comment with your thoughts. 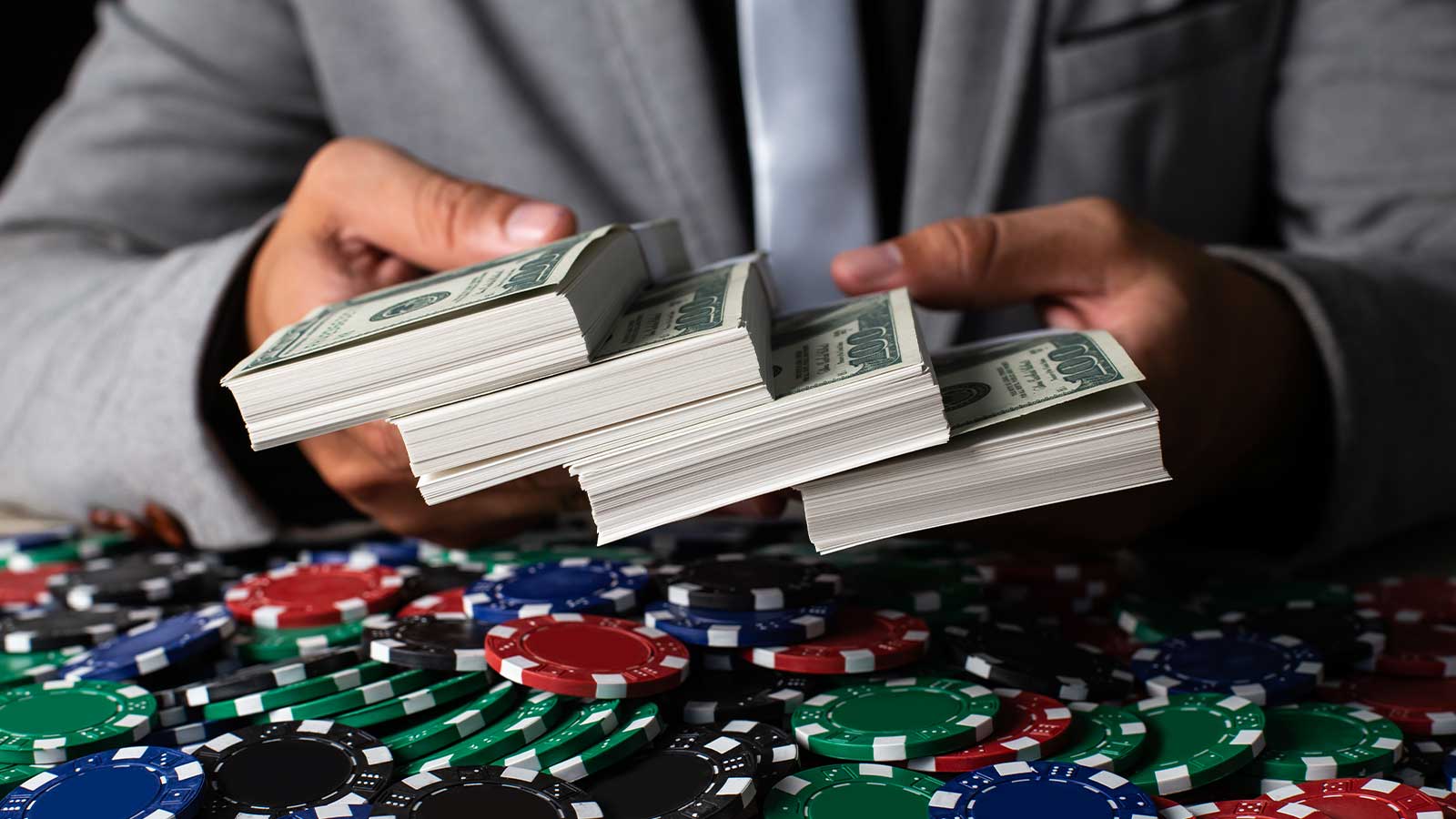 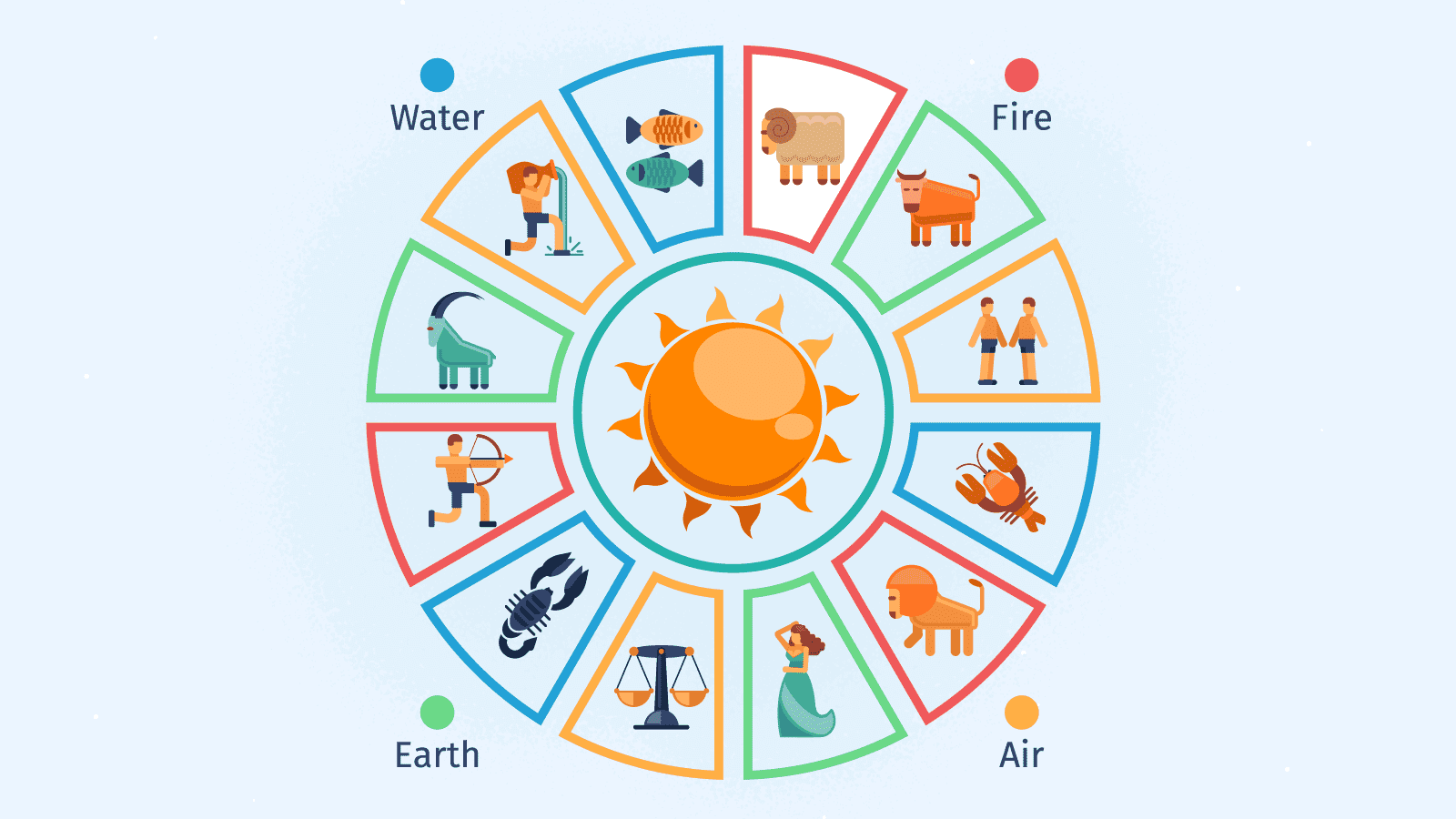 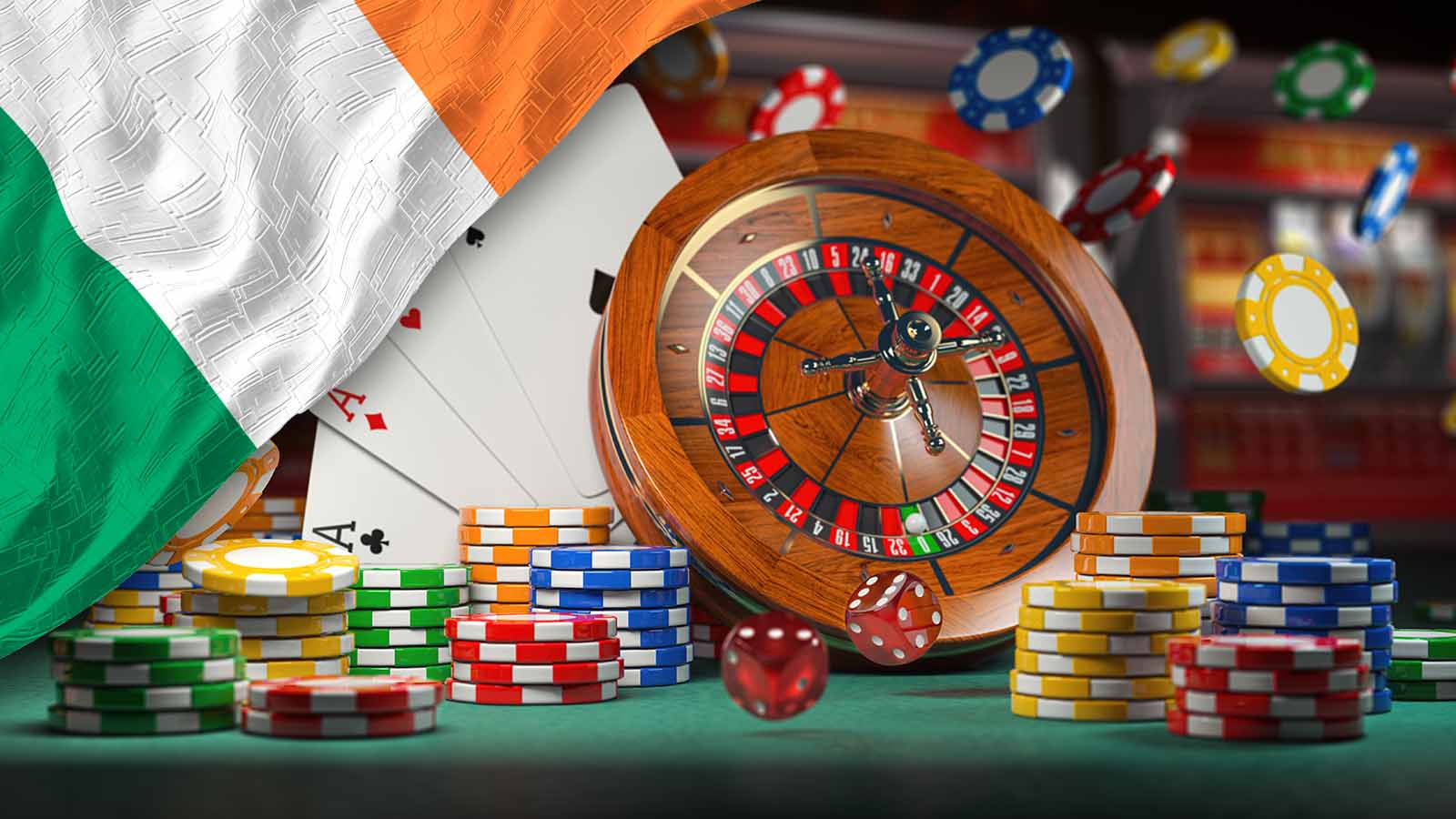